The Musicians Foundation is pleased to announce the creation of a new scholarship generously funded by an MI Guitar Program alumnus (GIT class of 1980) to be awarded to a newly enrolling student in the Guitar Program at Musicians Institute for Spring 2014.

The Melodic Soloing Scholarship was created to recognize and support the creative skills, talent, tone and taste required to play improvised melodic guitar solos in any style.  The scholarship is provided to encourage and support the educational growth of a newly enrolling AA Guitar Program student.

The Melodic Soloing Scholarship will be awarded every spring and fall to a newly enrolling guitar student who demonstrates overall outstanding musicianship, and expresses their own unique melodic voice as a soloist on the instrument in any musical style.

Warmest wishes and appreciation for all our friends during this holiday season!

This year, take the future of music into your own hands, and make a tax-deductible donation to support music education! 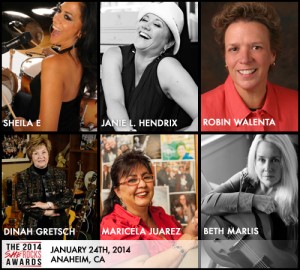 LAFAYETTE, Calif., (Nov. 7th, 2013) – The Women’s International Music Network (The WiMN) is pleased to announce additional honorees of the 2014 She Rocks Awards. Dinah Gretsch, Maricela Juarez, Beth Marlis (Musicians Foundation Executive Director/Musicians Institute VP) and Robin Walenta will be honored at the ceremony on Fri., Jan. 24, 2014 from 8:30AM to 10:00AM at the Anaheim Marriott Hotel in Anaheim, Calif., during the 2014 NAMM show.

These women will be recognized along with previously announced honorees Sheila E, the legendary percussion icon (and Musicians Foundation Board member), and Janie L. Hendrix, current President/CEO of Experience Hendrix LLC and its affiliated organizations, and sister of the legendary Jimi Hendrix.

“I’m very proud to recognize the legacy of these women,” comments WiMN-founder and She Rocks Awards host, Laura B. Whitmore. “By inspiring and encouraging fellow women in the industry, each one of these recipients embodies the spirit of the She Rocks Awards.”

As leaders in the music industry, each honoree will be recognized for their own unique talents, accomplishments and philanthropic works.

Paying tribute to women who display leadership
and stand out within the music industry.

A portion of the proceeds will benefit
the Girls Rock Camp Alliance.

The Grammy Museum at LA LIve

The Grammy Museum has become an important gateway for supporting and preserving music education as a major sponsor of school tours and music classes for LA area middle and high school students who are suffering from severe cuts in arts education in their own school’s budget.

During 2013-14, the classes are taught exclusively by MI’s world-class faculty, and MI will be the Museum’s sole Education Class sponsor for the month of March, with a focus on Music and Technology.

This unique hands-on MI course series (now in its 5th year), has inspired and delighted thousands of high school students while imparting valuable knowledge and experience that are at the heart of making, understanding and appreciating both music and the music industry.  Some classes may be available to the public, contact The Grammy Museum directly for more details.  All classes start at 11am.

Musicians Institute has been a major sponsor of The Grammy Museum since it’s inception in 2008. 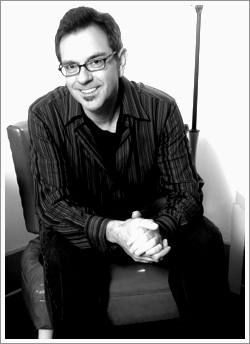