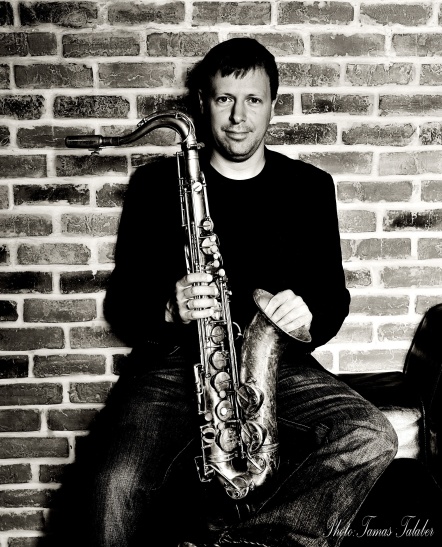 “The best saxophonist of his generation? In the opinion of many musicians and a growing number of observers, Chris Potter deserves that label, and his music suggests he can handle the responsibility.”

— The Playboy Guide to Jazz

“…easily the most compelling saxophonist of his generation.”

“His work is remarkably free of cliches and default licks….daring yet precise, with clean edges and unexpected implications….he is something special.”

A potent improvisor and the youngest musician ever to win Denmark’s Jazzpar Prize, Potter’s impressive discography includes 15 albums as a leader and sideman appearances on over 100 albums. He was nominated for a Grammy Award for his solo work on “In Vogue,” a track from Joanne Brackeen’s 1999 album Pink Elephant Magic, and was prominently featured on Steely Dan’s Grammy-winning album from 2000, Two Against Nature. He has performed or recorded with many of the leading names in jazz, such as Herbie Hancock, Dave Holland, John Scofield, the Mingus Big Band, Jim Hall, Paul Motian, Dave Douglas, Ray Brown and many others.

His most recent recording, Ultrahang, is the culmination thus far of five years’ work with his Underground quartet with Adam Rogers on guitar, Craig Taborn on Fender Rhodes, and Nate Smith on drums. Recorded in the studio in January 2009 after extensive touring, it showcases the band at its freewheeling yet cohesive best.

Musicians Institute students (no outside guests) should sign up (first come, first served) by Tuesday, February 26th at 5pm at the MI Student Affairs Office to receive free admission (maximum of ONE ticket per student).

After the LIMITED free ticketing allotment has been filled, MI (and all other) student tickets are $20 with valid school ID.